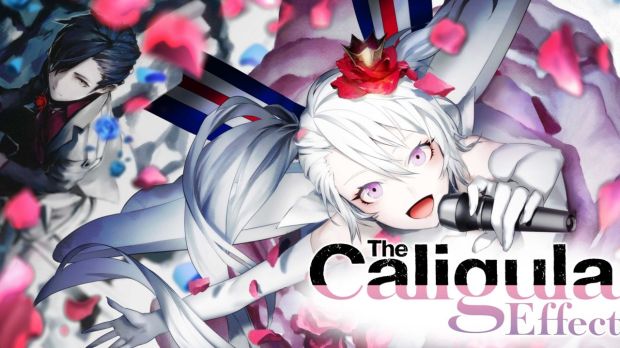 Not many light novel or gaming-anime adaptations look amazing on the surface. Nor do they impress today’s audience and succeed in ratings.

However, there has been one anime that recently caught our eye. We’re talking about CALIGULA — the latest role-playing video game to be adapted into anime form. Drawn with a fantasy-style art direction, we are curious to see what Caligula has in store for us.

So here we are again! In our next Off the Record corner, we offer our first impressions on Caligula based on episode 1!

Meet Shikishima Ritsu. He is an adolescent just going about his daily routines and simply living the high school life. He likes jamming to music, hanging out with friends, and enjoys reading books. Ritsu appears to be just like any normal teenager — until it is revealed that he has a deep interest in psychology.

It doesn’t take long for the audience to discover Ritsu’s profound interest. Straight from the get go, we see Ritsu questioning the purpose of life and happiness, and contemplating various ideologies in a philosophical manner. From myopia to the Johari window concepts, it might be too much for some viewers (even his friends believe he can be too serious at times!). For others — including us — his train of thoughts might even be enlightening and relatable with a lot of viewers.

Friends, ramen, new released music… this was the life for Ritsu and his friends.

While it all seems fun and happy days for everyone, things suddenly changed when Ritsu sees a ‘vision’ on his phone whilst listening to μ’s song calling out for ‘help’. When he confronts his friends about the odd discovery, they somehow bluntly brush him off (much to his confusion).

“The gears turning in my head steadily stopped meshing together. They were supposed to be turning at the proper rhythm, but it was as though they had ran out of machine oil. All the gears composing the life I had been living, began grating as they turned in discordant rhythm”. 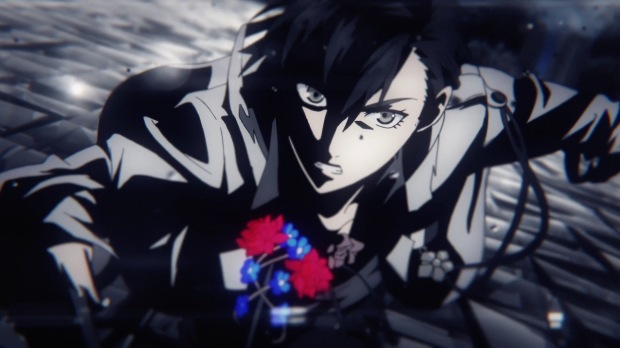 And it was at the graduation ceremony, where Ritsu finally realised that something was up. As expected of a pilot anime episode, a series of events began exploding right in front of our eyes. Filled with twists and unanswered questions, the ending to Caligula‘s first episode felt like a glorious finale. It is chaotic, dramatic and operatic — with a strong reminder of other anime shows such as Blast of Tempest and Valvrave. Accompanied by a touch of idol music as well, what’s not to love about this series so far?

To end on a high note the way it did, we had super exciting vibes about Caligula. While it is risky to invest our time in another gaming-anime that has the potential to disappoint us, we look forward to seeing how the story of Caligula will unfold. 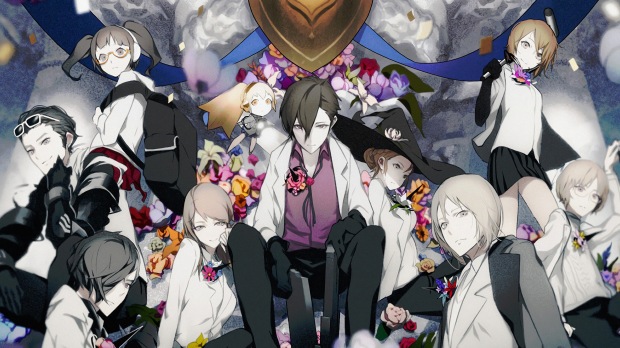