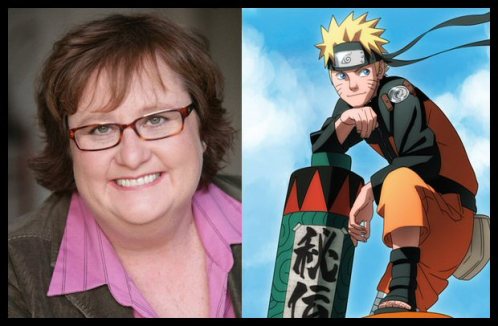 She’s the dubbed voice behind one of anime’s loudest and boldest characters in history, and yes, you guessed it! It is none other than our beloved hero, Uzumaki Naruto! Also known Junko Takeuchi’s alter-ego, CtrlGeekGirl recently got the chance to meet voice-actress Maile Flanagan at Supanova Sydney 2014.

To read the interview, toggle the PDF below!

She’s the dubbed voice behind one of the anime’s loudest and boldest characters in history, and yes, you guessed it! It’s none other than our beloved hero, Uzumaki Naruto. Also known as Junko Takeuchi’s alter-ego, CtrlGeekGirl recently got the chance to meet voice-actress Maile Flanagan at Sydney Supanova 2014 where we talked about ramen, voice-acting, and of course, being Naruto.

Q: Welcome to Downunder! Is this your first time in Australia?
Yes, this is my first trip to Australia! I have always wanted to come my whole life, and now that I’m here…It has been fantastic so far!

Q: Have you seen much of Sydney yet?
I actually had a few oysters last night at Sydney Harbour and I’m working my way around Malaysian food now. Some friends (of friends) toured us around and after the convention is over, we’ll be going to the zoo, amusement park, and hopefully, the Sydney Opera House. 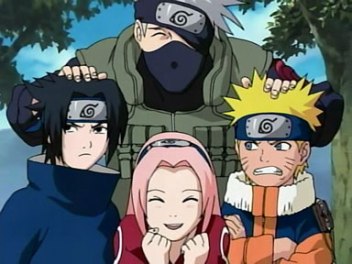 Q: Now, it is evident that you are the most well-known for the role of Naruto. How did you land the main role?
Like for any role, I had to audition and then I got a call back. I was welcomed by a group of people from Japan and VizMedia where they worked with me for about 45 minutes. In the end, they decided that the job was mine!

Q: When you first auditioned, did you encounter Naruto back then?
No, I didn’t know anything about Naruto until I went and googled it and then I was like, “Oh my god, it’s huge!”

Q: When you first began voicing Naruto, you didn’t listen to the Japanese anime at all. How were you able to find a distinct voice for Naruto? When I first auditioned, I didn’t listen to Junko Takeuchi’s version. I auditioned with the voice that pops into my head when I look at the character or just based on the character descriptions that I read. But when we began recording in the studio, we had to listen to the Japanese version. I try not to use Junko’s Naruto voice for my Naruto.

Q: When you saw the character of Naruto for the first time, what kind of character did you think Naruto was? I thought the description was pretty accurate. Naruto is very headstrong, and tends to stumble and fall a lot.But at the end of the day, he always tries to do the right thing. I try to bring these traits to the character – vocally – as best as I can. 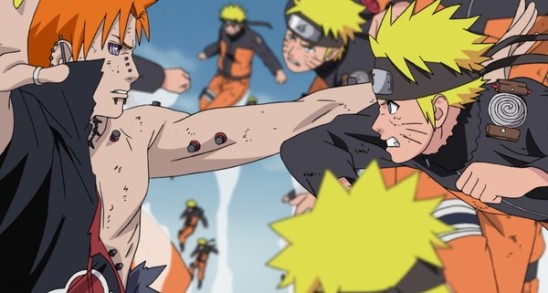 Q: As the story progresses, there have been a few ups and downs in Naruto’s life. Were there any particular easy or difficult scenes for you to voice? The easy stuff is always the funny stuff. You know, where he’s running for the bathroom or when he’s interacting with Gamakichi and Gamabunta.

When he first saw his Mother, I remember thinking to myself that the scene was emotionally good to as a voice-actor. I had lost someone dear as well, so I knew what Naruto was going through. I put everything I had into the performance and became so caught up in the scene. It was emotionally draining for me but it was worth it.

Q: What about the scenes with the full-on shouting? Did you have to hype yourself up for those scenes? I always have to be hyped up to play Naruto (laughs) because he is always at 150%. The big fight with Sasuke and other fights such as Naruto vs Gaara — I had to give a little bit more oomph, but you know, when I walk into the room, I never know what I’ll be doing that day or how much I’m doing, so I’m kinda just going with the flow. 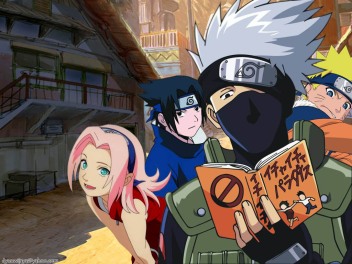 Q: Do you voice the parts in sequence or is it bits and pieces meshed up together? We do recordings in order. However, I might record ten episodes ahead of someone else because they’re on another show, but for me, I’m pretty much doing it in order.

Q: Do you personally like to voice young Naruto or teen Naruto? I don’t prefer one or other. I’ve been doing Naruto Shippuuden for awhile so when I go back to young Naruto, it sounds strange to me. I do appreciate the perks of mature Naruto such as having more deep battles.

Q: Do you personally like the Naruto series? Do you read the manga or watch the anime — now? Oh, I absolutely love the series. Unfortunately, I don’t have time to read the manga. You know, my director does a good job at explaining what’s happening in the series and putting the content together — what’s before and after (as well as the moment). I follow the series because I am in the series. But I’m not like, 50 episodes ahead, and I really don’t want to as it will only spoil me.

Q: What would you like as the ultimate ending for Naruto? Would you want a happy or sad ending? I think Naruto and Sasuke should run off and have a family together (laughs). I’m not the creator or the writer so whatever happens, happens … I know it’s going to be great! A happy ending would be nice because I am a sucker for happy endings.

Q: What is your favourite food? Do you like ramen yourself? I am a big fan of sushi — I eat sushi quite a bit. Whenever we record scenes that feature Ichiraku Ramen, we would be like, “Hey, let’s go eat sushi!” You’d be surprised how often we have sushi (laughs). I actually LOVE ramen. I like all sorts of ramen, especially Tonkatsu ramen.

Q: What are you thoughts on the progression of Naruto’s growth?
The progression has been really interesting. It’s funny because we’re covering so much real estate over a short period of time. Being a voice-actor, it’s actually very exciting because not many people get to do this kind of thing in their lifetime. I’ve had every type of emotion you can experience.

Q: What advice would you personally give to young Naruto? I think…to stick with it and know that there will be better days ahead, knowing that one day, you will finally find your family and friends. They may not be your biological parents but they become a part of you.

Q: You’ve been doing Naruto for awhile now, and in between, you’ve also done voice-acting for other projects such as animated films and TV shows. Is it easy to get back into Naruto’s headspace? Yes, it’s like riding a bike for me. I mean, I’ve done over 500 episodes so I really can’t forget to do Naruto — even if I tried, I would be an old woman, and I’d still probably sound like Naruto. I can even do Naruto’s voice in my sleep! (laughs)

Q: You’ve done work on Hollywood animated films including Rango and Ice Age. Is there a huge difference between voice-acting for animated films versus voice-acting for anime shows? I do a lot of utility parts on those big movies. So it may not be the lead but it is always best to do a range of different roles that you can spin off from. And also, these animated films can be a little on the fly. Sometimes they don’t know exactly what they want until it comes out of your mouth.

And with a normal animated series, you’re kinda there all the time, and you know what is meant to be done and said, Usually, there would be a substitute director or a bunch of writers, and sometimes, you’ll be like, “Umm, I don’t think that is right” as things may not be in the same vernacular. Just little things like that.

Q: I’m not sure if you’ve heard, but do you know that the manga is coming to an end soon? Would you be sad to see it end? I’ve heard that. Naruto has totally been part of my life. I’ve been working on Naruto for about nine years now with over 500 episodes, 37 video games, six movies and counting. … It’s a lot.

Q: What has been some of the best perks of voice-acting? I’d say going to conventions, meeting people from around the world such as Dublin, Vancouver and of course, Australia. Like I said, it has always been a lifelong dream to visit Australia.

But really, the best perk is probably voicing one of the most iconic characters in anime. When it comes down to it, the best thing about cartoons is that they never die and they never go out of style.