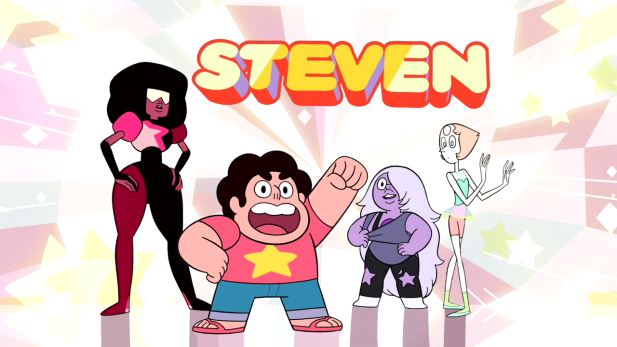 Without a doubt, American cartoons ruled the world back in the ’80s and ’90s. Classic shows such as Captain Planet

, Hey Arnold and Kim Possible were running wild, enriching every kid’s day with drama, comedy and quality entertainment. Fast-forward to the millennium — future generations would have seen the industry stuck in limbo with a mass production of shows based on Marvel Comics and Star Wars. It is only recently that interest began to pick up thanks to successful shows such as Legend of Korra, Gravity Falls and the one and only … STEVEN UNIVERSE.

From the storyboard artist behind Adventure Time, Rebecca Sugar’s STEVEN UNIVERSE is best acknowledged as the first Cartoon Network series to be created by a female. Steven Universe is a good-humoured animated series that bear strong resemblance to Adventure Time, and it is not hard to see why.

With its lively palette of pastel colours and retro character designs, Steven Universe is a distinct flashback to superhero cartoons of the ’80s. Showcasing twelve-minute-long episodes that make no sense at all, the show is a natural at luring viewers with its mix of heart and awesomeness. Filled with sing-along ukulele tunes and modern

animation to convey its storytelling, nothing can prepare you for this epic adventure.

In this world of Steven Universe, the world is protected from evil by the Crystal Gems, a group of intergalactic warriors who draw their superpowers from magical gemstones. Coming in all different shapes and sizes, the four Crystal Gems are none other than Garnet, Amethyst, Pearl and Steven. Together, they embark on an eccentric journey where they spend most of their days hanging out at Beach City and saving the city from destruction.

Unlike the other Crystal Gems, Steven appears extraordinarily average and definitely not you’re typical 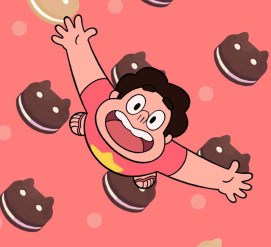 protagonist. Besides his love for cats and snacking on junk food, Steven is a mischievous kid who is often up to no good. Inheriting his gemstone from his mother (aka former Crystal Gem) Rose Quartz, Steven has been bestowed with a great power of many secrets, and it is up to him to unravel them all.

The brilliance about Steven Universe is that the show teaches fans essential life lessons such as never giving up, and learning to embrace who you are as a person. Always brimming with determination, Steven’s personality is what makes him stand out from the pack. Even when tough times lie ahead, it is Steven’s positive attitude that gets him through

everything. And if that wasn’t enough to win the audience over, Steven not only has a pet lion but he has also travelled back in time and defeated plenty of monsters. For a kid who gets to hang out with badass superheroes around the clock, last time that we checked, Steven is definitely the coolest kid in town.

But not all was well behind this bubblegum-happy display. With a father who is barely around, and the pressuring need to fill in his late Mother’s shoes, the audience can sometimes sense Steven’s frustration and bitter loneliness. From an outsider’s perspective, the show may seem plotless but heart- 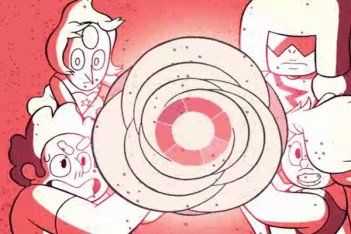 warming moments like these remind us that perhaps Steven Universe is not as basic as we thought it would be.

With the show’s ability to make fans ‘feel’ and reflect on the morals explored throughout the series, it enables the audience to appreciate and deconstruct the show in a whole new light. And because of this, Steven Universe is simply not just any animated show for kids — it is also targeted and loved by older fans as well.

Overall: With superhero friends like Garnet, Amethyst, Pearl and Steven, STEVEN UNIVERSE is an adventure that you do not want to miss. While the hype surrounding Steven Universe might be overrated at times, there is, however, no doubt that the show’s heart and awesomeness is something that we haven’t seen in years. 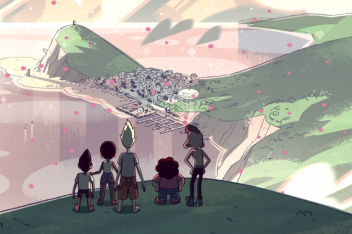 Unfortunately, Steven Universe: Gem Glow DVD is a compilation of some of the best episodes from Season 1 that captures a general screenshot of Steven Universe. Featuring episodes such as ‘Rose’s Room’, ‘Lars and the Cool Kids’ and ‘Cat Fingers‘, it is unfortunate that this DVD release doesn’t feature every episode from the show. As a result, this reduces the show’s ability to tell Steven’s story from start to finish. However, that shouldn’t deter new fans away from the series. In fact, it would be a great incentive for fans to follow up and continue watching Steven Universe.

STEVEN UNIVERSE: GEM GLOW is now out on DVD. You can view more info on Madman Entertainment’s site [here]