In what appears to be the most underrated anime of Spring 2018, the story of HINAMATSURI can be best described as chaotically super awkward with many wholesome feels.

Meet Nitta Yoshifumi, a young intellectual yakuza who lives on his own in a grand apartment in Ashigawa. Despite his lavish bachelor life, there is one thing that sets Nitta apart from the others — he has a great fondness for expensive vases.

Just like any ordinary yakuza member, Nitta was living THE life — until something literally fell out of the sky and bounced into Nitta’s apartment. We’re talking about an encased capsule featuring the intruder’s face. And at a press of the button, all hell breaks loose in the form of a young girl called Hina.

Using her telekinetic powers, Hina forces Nitta to allow her to stay with him, and as a result, this ultimately interferes with Nitta’s leisure lifestyle.

The heroine of the story, Hina, is one of a kind. Besides possessing superhuman abilities such as telekinesis, Hina is a selfish, spoilt brat who is usually ignorant of people’s feelings, and likes to laze around at Nitta’s apartment.

Thanks to Hina’s presence, Nitta mourns on a daily basis for his now non-existent livelihood. However, even though Nitta hates Hina’s guts, he still cares for her to the point that he is determined to romance his friend in the hopes of her becoming his wife so Hina can have a mum.

To be honest, we have been waiting for a comedy like Hinamatsuri for awhile now. A comedy with a bunch of yakuzas and alien child thrown into the mix … what’s not to love about this?

And while we got a taste of this vibe at the start of the series, the story surprisingly did its thing by going off tangent in an unexpected direction. But you know what? The audience genuinely doesn’t mind at all.

Settling into the human environment, we witness Hina going to school and trying to do human things such as trying out for the Student Council President position. Along the way, we see Hina creating havoc and engaging with Nitta’s yakuza friends.

But the show doesn’t just revolve around Hina. The show notably takes the time to develop other characters as well, and to our amusement, these unique characters get a considerable share of the spotlight.

Hitomi Mishima, for instance, is a straight-A student who cannot say no to anyone and is forced into random circumstances and bartender work at night. Anzu, who came from Hina’s planet, ends up living it hard on the streets after failing to return home. And then we have Mao, who was then sent to Earth to recover Hina and Anzu, but ends up stranded on a deserted beach… and left forgotten for awhile.

When the show isn’t being supremely awkward thanks to Hina and her personality, the story unforeseeably offers the audience a bucket of wholesome feels on a regular basis. Whether it is Hina trying to get Nitta a date or Anzu working hard to save money, there is an endless list of pleasant moments that is guaranteed to tug at the audience’s heartstrings.

Overall, this combination and balance between comedy, heartfelt storytelling, and wonderful characters was something that we didn’t ask for nor expect from HINAMATSURI.

Full of bizarre twists and unexpected surprises, this anime did its thing by being itself and we are all for it. While we would definitely vouch for a second season to be made, Hinamatsuri is a one-of-a-kind comedy that is perfect as it is.

However, we cannot help but wonder … what will become of Hina and Nitta in a few years time? Will Hina, Anzu and Mao ever return to their home planet? 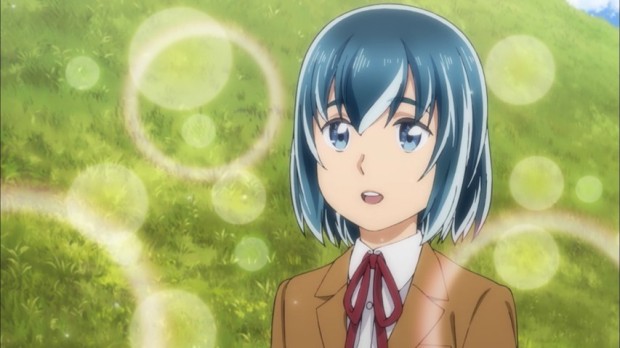