Fifteen years ago, God abandoned the world. Human beings have lost the ability to have children and to truly die. Those who have

died continue to exist, regardless of injury and decay. The only thing that God left behind was a gift in the form of ‘Gravekeepers’ also known as individuals with the ability to give rest to the living dead.

After her mother’s death, twelve-year-old Ai is forced to take on her mother’s job as the town’s Gravekeeper. But her life changes forever when an immortal gunslinger named Hampnie Hambart massacres the residents of her small village. Ai is soon confronted by a huge secret that has been kept from her  — everyone in her village was already dead, and she was the only living person in town. With no village to return to, Ai sets out on a journey as a Gravekeeper to learn about the current state of the world.

Directed by Yuuji Kumazawa, SUNDAY WITHOUT GOD revolves around a zombie apocalypse that will pique many viewers’ interest. However, the story is actually far from that approach. Instead of zombie slaying action, the series focus on the phenomenon’s impact on the living and dead. Despite no longer possessing a heartbeat, the dead must adjust to this cruel fate that God has placed upon them, and live their lives as normal until they officially die by the hands of a Gravekeeper. 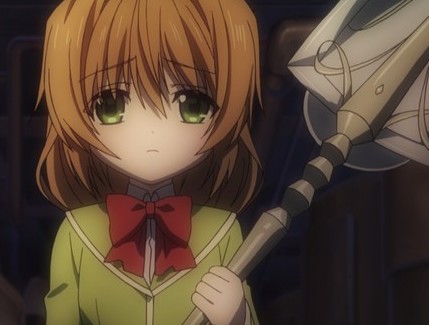 With a fascinating concept under its belt accompanied by supernatural and fantasy elements, Sunday Without God can do no wrong in our eyes. An impossible journey awaits for Ai in the distance — can she save the world from God’s abandonment?

On this great adventure, we have never seen a more abnormal travelling group than Ai’s group. Along the way, Ai encounters new friends including Hampnie’s childhood friend Julie, Gravekeeper Scar, a mysterious boy named Alice, and a ghost named Dee.

Throughout their journey, they encounter new cities and people suffering from the 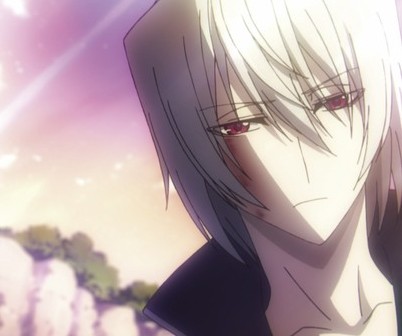 phenomenon. Whether it is Ai encountering the Princess of Death or becoming stuck in a time-loop world, Ai and her friends must overcome the unique obstacles and emotional turmoil endured by people. In a sense, this is the main premise of the show as we see Ai on a self-proclaimed journey changing and saving people from despair one at a time.

As a result, Sunday Without God surprisingly (and disappointingly) explores four different arcs across the twelve episodes. While each arc has its own unique story and contributes towards Ai’s perception of the world, this storytelling format is blatantly troublesome for viewers. Not only is it tiring to watch four stories establish itself every single time, it makes the overall series hasty and convoluted. With this episode-to-episode format abruptly concluding the series with no resolution whatsoever, viewers will be left disappointed. What will happen now? Will Ai ever find a resolution? Will God ever return to earth? Guess we will never know …

Thankfully, Sunday Without God compensates the negatives with its cinematography and characters. For a majority of the series, Sunday Without God felt like a well-animated video game. The animation in many of its action scenes are exhilarating to watch and the art direction is just charmingly exquisite, especially when it focuses on raw moments shared between characters.

If it weren’t for Ai and the other characters, this light-novel adaptation would have been a massive disappointment. With Ai as the leading lady, we can’t help but love this cute and innocent girl who is determined to alter the way people think about life. But of course, God wasn’t going to make it easy for her. With intense friction between Gravekeepers and the dead, and people running away from death itself, the path ahead was going to be a tough one as Ai hopes for a day when everyone can live peacefully as one.

Overall: SUNDAY WITHOUT GOD is a satisfying light-novel adaptation that offers a fantastic concept with so much potential. Due to its convoluted storytelling, the series unfortunately lost its identity over the course of the story. Nevertheless, we still admire the story for its spectacular visuals and intriguing arcs that will often leave fans yearning for more. With an open style conclusion, we hope there will be some form of continuation in the future as we can’t help but wish for Ai’s dream to be realised.

SUNDAY WITHOUT GOD (COMPLETE SERIES) IS NOW ON SALE. YOU CAN VIEW MORE INFO ON MADMAN ENTERTAINMENT’S SITE [HERE]