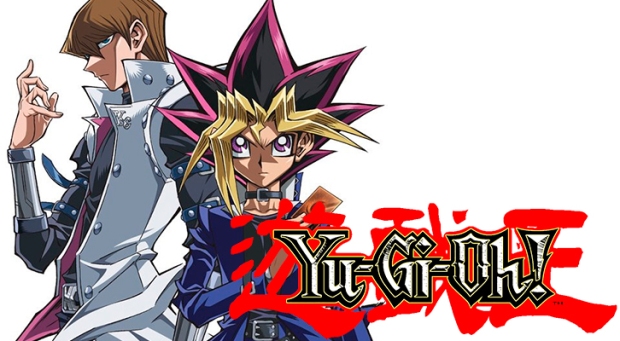 It’s time to D-D-D-D-D-D-Duel! If you haven’t heard on the official anime grapevine, old-school Yu-Gi-Oh! Duel Monsters is back with a surprise that will definitely excite fans.

In celebration of twenty years for the Yu-Gi-Oh! franchise, there will be a NEW Yu-Gi-Oh! movie titled YU-GI-OH! THE DARK SIDE OF DIMENSIONS coming to cinemas in 2016.

Taking place six months after the events of the original manga, it will feature Yugi Muto (Shunsuke Kazama) and Seto Kaiba (Kenjiro Tsuda) battling it out in one final game of Duel Monsters. With both of their prides and trustworthy cards on the line, it proves to be a challenging task as they must also face an unknown enemy who is threatening the order of the world.

Besides the sleek animation and all-new art design, the thought of seeing Yugi and Kaiba clashing in action has got us ecstatic for Yu-Gi-Oh again. Despite the various Yu-Gi-Oh! spin-off series such as Arc V or XYZ, these series simply aren’t the same as Duel Monsters and their respective characters.

Slated for Japan release in April 2016, we hope this film won’t disappoint! Are you excited?! 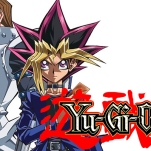 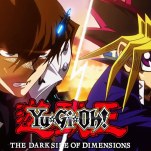 1 Comment on Geek It! Anime Newsbyte: First look at Yu-Gi-Oh The Dark Side of Dimensions