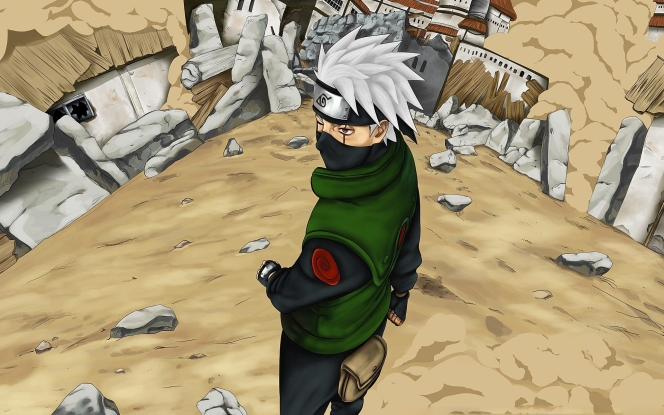 The end of Naruto isn’t exactly the end for many fans. With plenty of unanswered questions left behind, fans still

want to discover more about the Konoha gang, and the events that took place after the Fourth Great Ninja War. Luckily for Naruto fans, we have been blessed with further epilogue stories that takes place shortly after the ending of Naruto. Leading this epilogue collection is NARUTO: KAKASHI’S STORY (LIGHTNING IN THE FROZEN SKY) — a story that illustrates the commencement of Hatake Kakashi transitioning from ‘Copy Cat’ Kakashi to the Sixth Hokage of Konohagakure.

A year has passed since the Fourth Great Ninja War, and Konoha has just settled into their lives once more. With Tsunade’s fragile condition, Kakashi has been urgently pressured to initiate his role as the sixth Hokage.

Now that war has ended, this life-changing chapter in history sees ninjas and civilians rebuilding their lives from scratch. Known for their infamous Great Naruto Bridge, The Land of Waves is a country that has been strongly invested in encouraging people to trade between countries via the bridge. Taking this post-war opportunity into their own hands, The Land of Waves decided to invent an ‘airship’, an exciting technology in which allows them to ferry people and objects across the sky instead of sea.

With the secret project overseen by Konoha, Kakashi is tasked to ensure that the inaugural launch of the airship (named Tobishachimaru) goes smoothly according to plan. But not all was smooth-sailing for the sight-seeing tour when the airship is hijacked by two terrorists, Rahyo and Kahyo, who essentially demands for the release of their leader from Hozuki Prison. With innocent civilians’ lives on the line, Kakashi’s ability as a ninja is put to the ultimate test. What will the future Hokage do?

Penned by Akira Higashiyama (Naruto the Movie: Blood Prison), Naruto: Kakashi’s Story is the first out of many epilogue novels that will be released in conjunction with Naruto manga. And who else to front the first epilogue novel than the fan-favourite Hatake Kakashi himself?

For the first time ever, we aren’t seeing the world through Naruto’s eyes. In fact, for those who have been reading Naruto all this time, readers will find it a fascinating experience to read Naruto in the form of prose. Since readers will have to be reliant on prose for storytelling, readers get to immerse themselves through written words, rather than reading the story via visual manga format.

For an epilogue Naruto novel, readers will be disappointed by the lack of new content and over-tired drama. Ninjas kidnapping civilians in the hopes of freeing their master? Sounds cliche, and no doubt that this scenario has been done before in Naruto. Despite this criticism, it was vicariously insightful to see Konoha and its allies moving on with their lives.

As most fans are aware, the world of Naruto consists of simple

technology such as TVs and radios. With the advancement in technology, ninjas are now able to utilise such technology as part of their daily lives — in this case, producing airships.

Of course, where there is positivity, there is also negativity as people are starting to be wary of the fact that maybe such technology isn’t exactly safe. There isn’t just the possibility of ninjas misusing technology for personal motives — it also poses infiltration and terrorism threats to nearby countries as well.

And this is exactly what happened on the Tobishachimaru airship. Forced to strategise evacuation plans in the middle of an airborne hostage scenario, Kakashi must quickly overthrow the terrorists before the airship gets blown up. But in the middle of this drama, Kakashi is burdened with other thoughts. Since Kakashi has now lost his Sharingan, is he actually a good candidate for next Hokage in line? 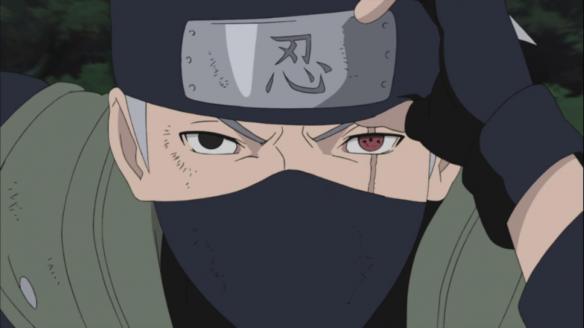 Thanks to the power of prose, readers will appreciate the chance to explore Kakashi’s inner thoughts in great detail. Don’t worry, the story ain’t all serious drama and moody monologue.  Not only does Kakashi’s favourite novel ‘Icha Icha Paradise‘ make a cameo in the novel — Might Guy plays a role as well, and it is always delightful to see the two rivals exchanging humourous banter when things are not so serious.

Overall: NARUTO: KAKASHI’S STORY is an averagely composed story that demonstrates Kakashi stepping into his role as the Sixth Hokage of the Hidden Leaf Village. Despite its tired drama and lack of visual aid to empower the usual Naruto action, this prose novel will offer interesting insight into post-war life from Kakashi’s point of view.

NARUTO: KAKASHI’S STORY (LIGHTNING IN THE FROZEN SKY) is now on sale. You can view more info on Madman Entertainment’s site [here]