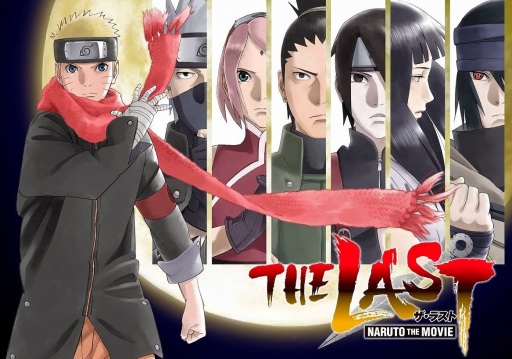 “The last episode; a first love”

THE LAST: NARUTO THE MOVIE marks the final epic adventure about our beloved shonen hero, Uzumaki Naruto. It may not be the finale that fans were hoping for in order to seek closure with the series but no doubt that this love story between Naruto and Hinata will bring you laughs, tears, hope and happiness.

Directed by Tsuneo Kobayashi (Twelve Kingdoms, Kurokami, Glass Mask), The Last: Naruto the Movie is the first official film that is in conjunction with the canon Naruto storyline. 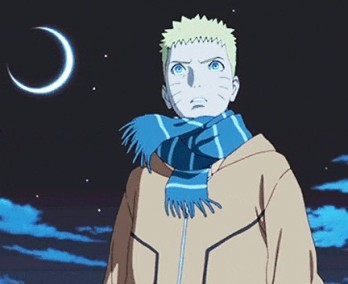 Set two years after the Fourth Shinobi World War, the world begins to notice that the moon is descending towards Earth at a rapid rate. With the moon now acting as a meteor that will destroy everything on impact, Naruto and the shinobi world must somehow deal with this new apocalypse threat.

Behind this threat is a descendant of Hamura Otsutsuki, Toneri, who plans to carry out his ancestor’s legacy by recreating the world from scratch. In order to fulfill this world domination, Toneri not only needs to collect as many Byakugans as he can from the Hyuuga family, but he also needs to marry the Byakugan Princess who is none other than Hinata herself.

With Masashi Kishimoto providing the story concept and character designs, Naruto: The Last is ultimately a romance story about Naruto (Junko Takeuchi) and Hinata (Nana Mizuki) that takes place during the time-skip before the manga’s epilogue.

Naruto may be older and mature now, but unfortunately at 19 years old, he is still dense than ever before. After seeing Naruto’s popularity rise amongst the villagers, Hinata decides to profess her love by gifting Naruto a red scarf — a scarf which young Naruto had once worn when he tried to rescue her from bullies.

For those unfamiliar with Naruto and Hinata’s history, the film developed the pair’s relationship by revisiting key highlights from the past. Stuck in a genjutsu world of memories, Naruto gets caught in an endless loop of Hinata’s memories where he witnesses Hinata’s profound love for him. Memory after memory, Naruto finally comes to his senses about his feelings for Hinata. But of course, in true classic romance drama, the blossoming romance becomes interrupted by Toneri and his persistence to woo Hinata. Hinata now faces a difficult decision — should she leave her friends behind and sacrifice herself to save the world from destruction?

One could say that this movie should have been renamed as ‘Hinata The Movie’ as the spotlight shines on the ever-so-graceful Hinata whose defiance and rebellion against Toneri is to be commended. Despite this interesting approach, the film disappointingly portrays Hinata as more ~feminine than the strong-willed Hinata that we usually see in the series. In the leadup to overthrowing Toneri’s world domination plans, it was sadly cliche to see Hinata needing Naruto’s power to destroy the Tenseigan, but otherwise, it was still a lovely romantic moment to demonstrate their newfound bond.

When compared to its movie predecessors, Naruto: The Last doesn’t differ much as it follows the same formula of Naruto conquering corrupted villains and world apocalypse. Toneri may seem villainous, but unfortunately, the premise of his world domination appear generic at times with not enough motive behind it at all.

The final battle between Naruto and Toneri is quite out of the world – literally – as we see a grand battle taking place on the Moon’s surface whilst the rest of world protect their countries from the falling Moon.

This was it — the epic finale battle that the audience has been waiting for, featuring older Naruto in action. While it was thrilling to see our favourite hero saving the day once again, unfortunately, there wasn’t enough oomph to fully satisfy our heart’s content. Not only did Sasuke appear little in the climax but we wished the battle could have been longer, and more varied with its cinematography.

To compensate for this disappointment, Naruto: The Last is beautifully animated in many of its scenes throughout the film, from the epic ancient-style introduction featuring shinobi history to the various battles that we see throughout the movie.

But we have to highly recommend director Kobayashi’s romance scenes in Naruto: The Last as these scenes completely stole our heart. Accompanied by the beautiful OST composed by Yasuharu Takanashi, every romantic scene from

Naruto’s realisation to the lovey-dovey Naruhina scenes were executed to perfection. From hindsight, Naruto and Hinata’s romance is highly cliche but this film will no doubt leave you feeling fuzzy as their romance is nothing but magically blissful.

Overall: The Last: Naruto the Movie may trigger mixed reactions amongst the Naruto fandom as many fans would have wanted the most epic Naruto film to date. However, we must acknowledge that Naruto: The Last is a romance story about Naruto and Hinata. It may not be the conclusion or future arc that we wish to see but the film enables the audience to get a glimpse of all our beloved characters in physical form.

The overall film had a consistent flow and balance of everything and never did we once lose interest in the film at all. From the action scenes to the humour (unintentional or not) to Naruto and Hinata’s romance, Naruto: the Last is an extremely pleasant film to watch – probably one of the best from the Naruto film franchise in general.

Essentially, the film was a crucial step in developing Naruto’s character as we cannot deny that love is an important factor of life. To see Naruto falling in love and having his own family, it is incredibly heart-warming to witness it, especially after everything that he has been through.

The Last: Naruto the Movie is a must-watch, especially for those who worship Naruhina. For the rest of the fans out there, the film may not be what you want but we hope everyone embraces the newfound happiness and the start of something new in Naruto’s life.